For now, go out and 'smell' the rain. That's right, the rain 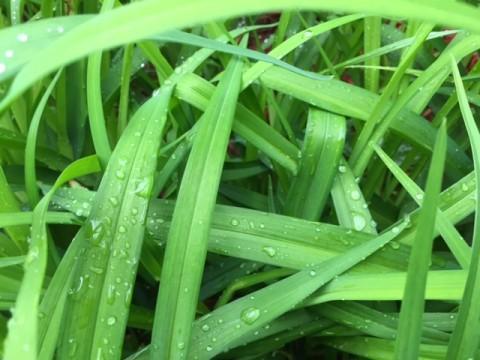 In conversation with Teresa Amorosa, co-owner of West Island Nursery, during a recent downpour – just one of the latest/constant/never-ending rainfalls we have been experiencing – she said: "You can't fight the weather."

That rational and philosophically optimistic statement was delivered with an 'oh-the-sun-will-eventually-come-out' inferred tone. And she was right: You can't fight the weather. So what are you going to do?

So let's do an experiment. All you gardeners out there, forget about taking time to 'smell the flowers.' Either you haven't been able to plant them yet or can't get out there to appreciate them because it's raining. Yeah, we know. Instead, let's get out there and smell the rain.

Yup, that's right. Fun fact: Did you know that a group of scientists at MIT have identified the mechanism of how rain releases an odour into the air? The phenomenon is known as petrichor.

Using high-speed cameras, researchers have observed that when a raindrop hits a porous surface, it traps tiny air bubbles at the point of contact. The bubbles shoot upward, bursting from the drop in a fizz of aerosols. The researchers believe that in natural environments, aerosols could possibly carry aromatic elements – along with bacteria and viruses stored in soil. These aerosols are released during rainfall and spread by the wind. It could explain why a forest smells so alive after a rainstorm.

So – for now – forget about smelling the flowers. Go out and experience 'petrichor.' (Pronounced 'pe-trahy-kawr.') And know that the sun will eventually come out again.

If you still doubt it, drop by to see Teresa at West Island Nursery on St. Charles Blvd. just south of Pierrefonds Blvd. in Pierrefonds-Roxboro.

When you subscribe to the blog, we will send you an e-mail when there are new updates on the site so you wouldn't miss them.

Your source for plants, flowers, trees and shrubs